The IJLC Special Issue In Celebration of Peter Fitzpatrick and His Scholarship: Volume 17, No. 1 (March 2021) @IJLC_CUP 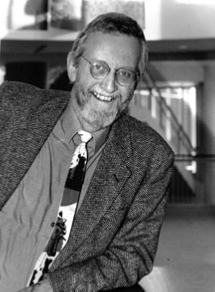 Peter Fitzpatrick (1941–2020) was a much-loved and inspirational scholar, and a wonderful friend and mentor. He contributed immeasurably to the intellectual, organisational and cultural life of post-colonial legal studies, critical legal studies, and law and the humanities – fields he helped to consolidate. His remarkable influence, however, extends well beyond his scholarship. He taught and supervised an incredible number of people, amounting to two or even three generations of students and colleagues. And they all admire and adore him.

In this Special Issue, ten friends, former colleagues and students of Peter’s contribute new insights into his personal and professional development, and celebrate his life and many achievements. We begin with an essay that adds to what we already knew about Peter’s personal and professional biography, and assesses and clarifies his key ideas and their intersection with his ethics and lived experiences (Sugarman, in this issue). It provides a backdrop and context for the subsequent papers that elucidate Peter’s significant contribution to scholarship, engage with his ideas and illuminate specific junctures in his life. The issue ends with an edited transcript of Peter’s final seminar in February 2020 and addresses a variety of themes in his work, including his critique of H.L.A. Hart, his notion of ‘slow reading’, the relationship between theory and grounded engagement with people, the idea of community and relationality, the role of the critic, self-criticism, the impossibility of law, decoloniality, occidentalism, mythologies and governmentality, and the significance of narratives (Paliwala, in this issue).

We hope these papers convey something of the special person that was Peter: the person whose support as a supervisor and friend regularly exceeded the norm; his tireless innovation; his community building; his empathy towards ‘outsiders’ and ‘others’; and his delightful individuality and sense of humour.

Post-colonial attitudes and the relevance of incommensurability

Not to save, but to encounter: Fitzpatrick as transnational jurisprudent

Deconstruction, dissipation and death, and the ‘casting-away of the law’?

How to do things with Foucault (legally)

Here is a link to the issue and its content.
See also this post at the Cambridge Core Blog.
Posted by Christine Corcos Posted on 5/20/2021 10:30:00 AM
Email ThisBlogThis!Share to TwitterShare to FacebookShare to Pinterest
Labels: Critical Legal Studies, Law and Culture, Law and the Humanities, Peter Fitzpatrick