Alfred Brophy on the Power of Antebellum Literary Addresses

In the antebellum era, literary addresses were a common and popular form of public expression. Legal historians have profitably mined Fourth of July orations and addresses in Congress for insight into the intellectual worlds of the antebellum era. Yet, they have made virtually no use of the literary address, which are aimed at a different and more elite audiences. This essay employs a close analysis of nearly forty addresses given at the University of Alabama from 1832 through 1860 to gauge the changes in thought in the antebellum South on political theory and jurisprudence. It uses the addresses to create a picture of the world view of the judges. The addresses, moreover, illustrate the changes from Enlightenment ideas of moral and technological progress to a static, proslavery vision of the late antebellum period. They allow us to assess the orators' intellect, interests, knowledge, and belief systems. The addresses illustrate a wide-ranging respect for ideas, including the abolition of capital punishment, the scholar's search for truth against the tide of public opinion, republicanism, democracy, radicalism in American politics, and the importance of slavery to Southern culture. A final section turns to judicial opinions in Alabama to make a preliminary sketch of the ways that some of the ideas expressed in the addresses correlate with the moral philosophical views of judges. The addresses, thus, emerge as important windows into antebellum Southern thought and as vehicles for mapping in detail the intellectual world of moral and political philosophy inhabited by southerners, particularly judges and legislators in the years leading into Civil War. Finally, the essay begins to sketch key pieces of jurisprudence (such as considerations of utility, the importance of history and culture, and morality), as it provides a model of how to mine the hundreds of addresses delivered to other literary societies, north and south, in the years before Civil War for insights into legal thought.

Posted by Christine Corcos Posted on 9/30/2005 11:37:00 AM No comments:
Email ThisBlogThis!Share to TwitterShare to FacebookShare to Pinterest
Labels: Brophy

Starred Review. After dozens of biographies of Twain (1835–1910), one can fairly ask, "Why another?" But Powers, who wrote about Twain's Missouri childhood in Dangerous Water: A Biography of the Boy Who Became Mark Twain, early on promises "interpretive portraiture," which entails doing something that has never quite been accomplished before: presenting the totality of the man in his many moods and phases of life, including acerbic son and brother, prank-prone youth, competitive writer, demanding friend, loving husband and, eventually, globe-trotting celebrity. In doing so, Powers succeeds in validating his own assertion that Twain became "the representative figure of his times." Powers demonstrates that Twain embodied America during the tumultuous latter half of the 19th and early 20th centuries, from the divided self of the Civil War, through the unstable prosperity of the Gilded Age, to the verge of WWI. All the while, Twain asserted in both literature and life his confidence in New World progress over Old World conservatism. Unlike Twain, whose prose Powers characterizes as "wild and woolly," the biographer is lucid and direct while maintaining a steady hand on the tiller of Twain's life as it courses a twisty path as wide and treacherous as the Mississippi itself. Powers, a wise, if loquacious captain, takes us on a wonderful journey from beginning to end.

Posted by Daniel J. Solove Posted on 9/25/2005 06:40:00 PM No comments:
Email ThisBlogThis!Share to TwitterShare to FacebookShare to Pinterest
Labels: Twain 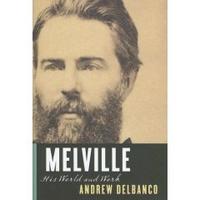 A review by Michael Dirda in the Washington Post says:


In the end, perhaps the most important use of literary biography is to send us back to a writer's books with increased understanding and renewed excitement. This Andrew Delbanco certainly does for Herman Melville. We are his beneficiaries.

Jane Baron (law, Temple) has posed an abstract on SSRN about her new piece, Law's Guilt about Literature, in the forthcoming book, Toward a Critique of Guilty: Perspectives from Law and the Humanities, (A. Sarat & M. Anderson, eds., 2005), pp. 17-30. Here's the abstract:

This essay addresses the theme of guilt in law and literature from the law side. It argues that the legal academy's flirtation with literature reflects two forms of guilty uneasiness. The first relates to the question whether lawyers should be reading literature at all. This is a methodological anxiety. It presumes a distinctly legal method of analyzing legal issues, in which literature does not have a truly legitimate role. The second anxiety is substantive. It presumes law has an identifiable content, one that excludes much that appears in literature. Both presumptions are, I argue, questionable and make sense only if law is viewed as primarily doctrinal. Fundamentally, these varieties of uneasiness have their roots in the still unresolved conceptual challenge of figuring precisely what is "interdisciplinary" about the law and literature enterprise. Developing an honest form of "interdisciplinarity" will be difficult if not impossible because it requires an examination of usually unstated assumptions about the uniqueness of law.

Posted by Daniel J. Solove Posted on 9/23/2005 01:56:00 PM No comments:
Email ThisBlogThis!Share to TwitterShare to FacebookShare to Pinterest
Labels: Baron

Within the past few months, from both sides of the table, important commentaries on the Law and Literature Movement (or "Enterprise") have appeared. Julie Stone Peters, a professor of English at Columbia, and Kenji Yoshino, a law professor at Yale, have each separately published articles -- she in the PMLA (Publication of the Modern Language Association), he in the Yale Law Journal. Peters' essay, which can be found at vol. 120#2 of the PMLA (2005), is called "Law, Literature, and the Vanishing Real: On the Future of an Interdisciplinary Illusion"; Yoshino's article is called "The City and the Poet" and appears in vol. 114 of the YLJ (2005) beginning at page 1835.

I happened to read these fine pieces in quick succession, yielding a benefit worth stressing here. People tend to neglect the truly interdisciplinary nature of the Law and Literature enterprise. Yoshino largely ignores the effect of this work upon literary theory and scholarship. Peters of course brings to the table her literary perspective; perhaps since she is a lawyer as well as an English professor, however, her effort also primarily "tests" the enterprise by weighing its influence on legal thought. Still, her literary sensitivities and training enhance her understanding of the enterprise's cross-disciplinary contributions, and she cites a number of literary scholars whom Yoshino has no doubt not read at all.

It is worth emphasizing that in the 30 or so years since the onset of the "modern" movement, Law and Literature has informed the thinking and writing of many folks who do not have law degrees. (Geoffrey Hartman pointed this out several years ago in associating Law and Literature with the New Historicism and in stating that the enterprise has also produced some of the best examples of "cultural criticism".) There are important communities of scholars working today -- many of them younger people -- in English and other Literature departments, not only in the United States but in Italy, France, the UK, Scandanavia, Germany and the Netherlands, as well as in Australia and China. Some of these efforts, directed of course to speech act theory, rhetoric and traditional literary analyses of stories but also to technical considerations of authorship, intellectual property, and inheritance law, have advanced these subjects in a singularly inter-disciplinary way. Lawyers writing about the enterprise need to be more aware, perhaps, of the balance that has been sought and in part achieved by some who helped "pioneer" the enterprise, many of whom are still active in LHI.

One final, related point: Yoshino's ascription to Robert Weisberg of the bifurcation of the field into "Law in Literature" and "Law as Literature" is incorrect; Peters does better in tracing out the origins of this seeming dichotomy. (Robert Weisberg has contributed in many other ways to the field, primarily as a critic of what he deems to be a certain sentimentalism or questionable insistence that somehow the mere reading of "Literature" will make lawyers better people. I have answered him on this, trying to show that much of the work -- again -- has been interdisciplinary -- it tends not only to conflate the fields despite their natural resistance to any threat to their perceived uniqueness; but it also undermines rather than promotes the unitary assumptions of each separate discipline, and perhaps especially the idea that "Literature" is inherently edifying!) More important though then who said what first may be the over-emphasis in both essays of this only-superficial if pedagogically useful dichotomy, which actually originated in a two-volume work from the early '60's by famous New York civil rights lawyer Ephraim London.

The reading of stories, in my view, serves as the predicate for the understanding of law -- its power to mobilize rhetoric and form to advance its often covert agendas . So "Law-in-Literature" and "Law-as-Literature" are intertwined, not separate. These two essays, which make many other points not addressed here, can be profitably read together by the decreasingly segregated audiences of lawyers and literati.
Posted by richard weisberg Posted on 9/01/2005 05:06:00 PM No comments:
Email ThisBlogThis!Share to TwitterShare to FacebookShare to Pinterest
Labels: Peters, Yoshino
Newer Posts Older Posts Home
Subscribe to: Posts (Atom)