Papke on Portrayals of Judges in American Pop Culture 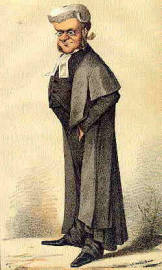 David Ray Papke (law, Marquette) has posted on SSRN an article entitled, From Flat to Round: Changing Portrayals of the Judge in American Popular Culture. From the abstract:

American judges are not only important government functionaries but also familiar pop cultural figures. However, the portrayal of judges in American film, television, and inexpensive literature appears to be changing. Judge Harlan Weaver in Otto Preminger's Anatomy of a Murder (1959) illustrates the way the pop culture judge were once "flat," symbolic representations of the rule of law. Since the 1970s, meanwhile, judges have increasingly been portrayed as crazy, villainous, and complexly sympathetic. Examples of this new "round" characterization include Judges Rayford and Fleming in And Justice for All (1979); assorted judicial characters in novels by Scott Turow and John Grisham; Judge Amy Gray from the television series Judging Amy (1999-2005); and Judge Judith Scheindlin and her irksome judicial colleagues from daytime television. The alterations in characterization ominously suggest larger changes in the culture of postmodern America.